Our constitution bids us do the Lord’s work, not Lucifer’s

Our fate lies neither in the graveyards where our ancestors lie nor in the heavens where God resides. As Rabbi Menachem Schneerson once said, “Everything now depends on us.”

Imagine forty years from today when these multitudes of unemployed youths get to retirement age without the savings to see them through their old age. What will it mean to be the wasted souls that have been denied the opportunity to explore their talents to their fullest potential? How will their unexercised bodies handle the relentless storms of stress that will batter a morally bankrupt society mired in an economy that is in ruins?

You say, “That will never happen here!”

What biological superiority do we possess over our Zimbabwean neighbours who’ve had to scatter around the world because of a failed country? The muttering consequences of today’s rampant unemployment and the wholesale destruction of opportunities will someday explode and will look like those reserved for the damned in severity. If we had a drop of humanity in our body we could cry, “Change! Change! Change!” like soccer fans rebelling against an inept coach.

Last July, while the buildings were still smouldering after the looting and the violence, my colleague, Phumi Mashigo and I, travelled to Pietermaritzburg. At the hotel, one of the guests was wearing camouflage and openly carrying an AK-74, which was Mikhail Kalashnikov’s revamp of his more well-known assault rifle.

“Heyi!” I cried, “What kind of traditional weapon is that?”

His colleagues laughed. He grinned, but the hotel receptionist’s face told the story of the city. It was very similar to that I had seen with the car rental receptionist: scared and defenceless.

I later discovered that the man who was carrying the AK-74 was part of a group of mercenaries who had been brought in by private citizens to protect their businesses. Parts of the suburbs were still barricaded with razor wire and tree branches. It resembled a war zone.

Pietermaritzburg is an example of the confusion that is South Africa. What do we write into history? What do we correct? And what do we erase? The city’s Victorian roots are as prominent as surface roots of an old tree that has resisted decades of soil erosion. Winston Churchill gave us a glimpse into that era in his autobiography, My Early Life, “I was a child of the Victorian era, when the structure of our country seemed firmly set, when its position in trade and on the seas was unrivalled, and when the realisation of the greatness of our Empire and of our duty to preserve it was ever growing stronger.” Queen Victoria and her fallen empire can own the buildings, but the city is named after two Voortrekker leaders, Pieter Retief and Gerrit Maritz.

In the eighties, when I was a pupil at Georgetown High School, in Edendale township, most of the locals refused to use the name Pietermaritzburg, preferring instead, uMgungundlovu. The district municipality is now called Umgungundlovu and its seat is in, you guessed it, Pietermaritzburg. Where I lived in Edendale, uMsunduzi river controlled our lives. The name literally means ‘the pusher.’ If it rained heavily, we could not go to school because the bridge would be submerged. The local municipality of Pietermaritzburg is now called uMsunduzi. All pillars of the provincial government are crammed into this city whose name seems to be pronounced with clenched jaws, as if it is a family scandal; both the district and local municipalities, the provincial government, even the High Court.

While good time and money were spent on name changes and history, little attention was paid to the things that make life liveable today. The drains were unattended to, now they are clogged and the city floods whenever it rains. As uMsunduzi snakes around and through the city like a mythical beast, there is always the danger that someday it will burst its banks, adding to the unease that periodically blows through this city like a chilling breeze that spoils a good summer evening.

I have observed in my years of crisscrossing this country, that by the time the infrastructure crumbles around the people, unembeza of the society is long dead. Unembeza is the core of the soul that helps a human being make humane decisions. A mother dog or ‘dam’ as it is referred to, will kill its unhealthy puppy and eat it, while a human mother will go to great lengths to find assistance for her ailing child. Unembeza of South Africa is dying and something needs to be urgently done for this country to deliver on its promise.

The good news is that this is familiar territory. We have swum in the deepest chambers of a raging volcano before and came back to tell the story that made us the first love of the world. There was a time when it rained bullets as Molotov cocktails lit up the buildings and the skies. The Seven Days War in Pietermaritzburg and the Boipatong massacre now sound like ancient history, even though the wounds have hardly healed. We came out of the grip of despair and wrote a contract with ourselves, the South African Constitution, that we will “Improve the quality of life of all citizens and free the potential of each person…”

It is written in the constitution of life that a human being is born inside a callous cage of disadvantages that hold him back from achieving his dreams, let alone his full potential. This sad fact of life is especially evident in the shadows of the hidden villages all around South Africa, where children still spend hours fetching water and firewood while their counterparts in the cities are connected to the advancing world. Everywhere else, education is the get-out-of-the-cage card. Sadly, this is not the case for most South Africans because of our poor education.

The role to “free the potential of each person” is not and cannot be the monopoly of the state and a few expensive private schools. Religious institutions have proven that they are better placed to provide education as they have done for centuries. The government must give them the money to do that.

It is not the AK-74s or the updated AK-19 that will protect South Africa. The Constitution leaves that role to God. In the preamble it reads, “May God protect our people.” It is an undeniable fact that we South Africans do believe in God. Even though we have to maintain Chinese walls between state and religion, the mere mention of God in public does not breach any of those boundaries.

In his book, The Audacity of Hope, former US President, Barack Obama wrote, “Our failure as progressives to tap into the moral underpinnings of the nation is not just rhetorical. Our fear of getting ‘preachy’ may also lead us to discount the role that values and culture play in addressing some of our most urgent social problems.” In Pietermaritzburg I met the Methodist Bishop of the North West Synod, Bishop Vuyo Dlamini and Pastor Teri Beghin who run a successful youth programme. Six months after inhaling the smoke of the burning buildings, I watched the amazing joy of the young participants as they graduated. The Bishop and the Pastor are doing both the Lord’s work and their Constitutional duty of “freeing the potential of each person.” You too can do the same! 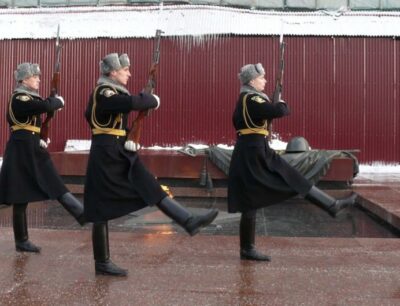